Parse will shutdown on 2017. Here what you can do.

I know a LOT OF services running on Parse. Bad news: Parse will shutdown on 2017 and a lot of startups probably are thinking “what a hell I’m going to do?”.

“We have a difficult announcement to make. Beginning today we’re winding down the Parse service, and Parse will be fully retired after a year-long period ending on January 28, 2017”.

Facebook’s Parse had got a huge number of startups, but today they says bye bye. Here the official post.

Migrate to another cloud:

“We’re releasing a database migration tool that lets you migrate data from your Parse app to any MongoDB database. During this migration, the Parse API will continue to operate as usual based on your new database, so this can happen without downtime.” 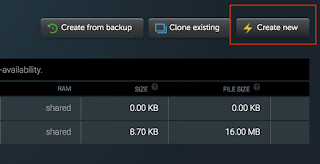 Build your own Parse Server:

“We’re releasing the open source Parse Server, which lets you run most of the Parse API from your own Node.js server. Once you have your data in your own database, Parse Server lets you keep your application running without major changes in the client-side code. For more details, check out our migration guide here.”

If you need help to building your own Parse Server or to migrating to another cloud service like AWS or Rackspace, feel free to contact us. We are so glad to helping you.