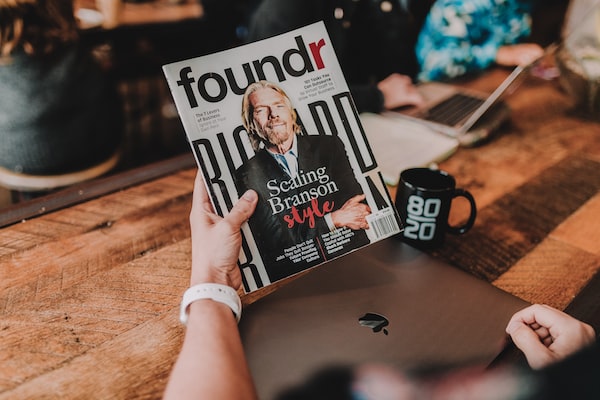 It's no secret that Startup founders are the new rockstars. They're young, creative, and take risks like nobody else. One of the most important things to do as a startup founder is a network, they can do this by joining groups, attending events and conferences, or following people on social media platforms.

The Startup world is booming and there has never been a better time to be an entrepreneur. We've put together a list of Startup founders who you should follow on social media so you can learn from their successes and failures as well as stay up to date with what's going on in the Startup world!

A venture capitalist from New York City, on Twitter since March 2007. During this time, he has managed to gather over 681k followers on Twitter and 6K followers on Instagram who regularly read his thoughts on modern business models, digital trends and technology, venture capital, bitcoin cryptocurrency, data science, as well as his funny observations on family life. He co-founded a company called Union Square Ventures and he’s also invested in other enterprises such as:

Kevin is the CEO of an online wristwatch magazine called Hodinkee and refers to himself as a builder of Internet things. He works as a partner at True Ventures, a venture capital firm that invests in early-stage technology startups. At True, he focuses on blockchain, consumer internet, and health/wellness. Kevin hosts the Modern Finance podcast, where we explore Cryptocurrency, DeFi, NFTs, traditional finance hacks, and more. If you'd like to keep up with his favorite blockchain projects, consider subscribing to his Newsletter.

Previously, as an entrepreneur, he founded the social news site DIGG, the intermittent fasting app, ZERO, and the meditation app, OAK. He was also a General Partner at Google Ventures, where he invested in companies like:

Before that, he began his investing career ad an angel investor in Twitter, Facebook, and Square. He has been active on Twitter since January 2007 and now has amassed around 1.5M followers and 135K followers on Instagram. He writes about his magazine and mobile applications.

Angel Investor, entrepreneur, and blogger from New York. Recently he has been developing a curated new site called inside.com, which focuses on delivering thematic newsletters, the company raised $2.6 million. He has invested in:

He tweets about entrepreneurship, technology, conferences, podcasts, crypto companies, and much more besides. He has managed to attract over 448K followers on Twitter since August 2006 and has 28.2K on Instagram.

Founder of Accelerator 500 Startups from Silicon Valley who tweets mainly about:

McClure became a frequent investor in consumer Internet startup companies, investing in and advising more than 15 consumer internet startups, including virtual goods monetization and payments platform Jambool (acquired by Google in 2010) and US online education directory TeachStreet (acquired by Amazon in 2011).

Since July 2006, he has published over 80.6K tweets that are read by over 351k followers on Twitter and has 11.3K followers on Instagram.

Founder of two SaaS companies - Crazy Egg and Kissmetrics from Northern California, also Co-Founder and CEO at Nira. Hiten Shah served as Advisor of CatchFree, Inc., iSocket, Inc., and Drumbi Inc. he advises startups about metrics, product & marketing. He started on the Internet by founding an Internet marketing consultancy, ACS. He declares that he enjoys helping others think. He tweets about various aspects of:

Venture Capitalist living in Boulder, Colorado who invests in software and Internet companies. Brad has been an early-stage investor and entrepreneur since 1987. Before co-founding Foundry Group, he co-founded Mobius Venture Capital and, before that, founded Intensity Ventures. Brad is also a co-founder of Techstars.

Brad is a writer and speaker on the topics of venture capital investing and entrepreneurship. He’s written several books as part of the Startup Revolution series and writes the blog Feld Thoughts.

Events, entrepreneurship, and startups are his favorite topics. He has managed to gather over 330K followers on Twitter and 4K followers on Instagram.

Content marketing evangelist and founder of Content Marketing Institute. Founder of The Tilt, which is an email newsletter, delivered twice per week, dedicated to helping the lonely content creator turn their business into a content empire.

Author of four content marketing books and many presentations, for example, “20 Amazing Examples of Content-First Startups”. His podcast series, This Old Marketing with Robert Rose, has millions of downloads from over 150 countries.

His Foundation, The Orange Effect, delivers speech therapy and technology services to children in over 35 states. During his 14 years of tweeting, he has rounded up over 152.8k followers.

He introduces himself as an entrepreneur who likes to blog. He is a master of online marketing, with a particular focus on social media. Co-Founder of Neil Patel Digital. New York Times bestselling author, top 100 entrepreneurs under 30 by Obama, and top marketer by Forbes.

Global co-Lead McKinsey Digital, which claims to be focused primarily on the consumer decision journey and emerging tech trends. Edelman speaks frequently at industry conferences around the world and has published numerous articles in leading business publications. He has also written extensively about digital strategies, consumer behavior, using data to make better decisions, and the Customer Decision Journey.

Edelman has participated in webinars and podcasts discussing the digital customer journey, marketing technology, and digital transformation in healthcare.

His profile is followed on Twitter by over 21,8K.

Entrepreneur, strategist, author of the book “Going Social”. Collaborator of The Next Web and Inc. magazine. He tweets about:

His profile is a great source of inspiration about knowledge resources regarding marketing, social media, and business in general. 53,1K followers confirm that on Twitter and 4K followers on Instagram.

Business strategist and executive coach, CEO of the company SOBCon. She is the owner of the Successful blog. Her tweets - read by over 110,2K followers - covers topics related to:

One of NYT’s bestselling authors & business advisors, CEO of Owner Media Group. He is followed by over 323.1K people on Twitter who enjoy his daily thoughts on:

Chris Brogan is the president of Human Business Works and the founder of Kitchen Table Companies. Additionally, he serves on the board of advisors of HubSpot. And In 2012, his blog, chrisbrogan.com, was in the Top 5 of the now-defunct Advertising Age "Power150" ratings.

Oh, the joys of social media riches: following your favorite entrepreneurs and brands on Twitter. Startup founders to follow on social media and why you should include them in your feed is a great way for business owners or startup enthusiasts to get inspired by their work ethic and maintain relationships with people who could potentially help build up your network. They are great for that.

These people could give you greater insight into their work, help boost your brand's reputation and establish connections with other startup founders or brands in the industry who may one day become a partner for future endeavors. Also, they can be either someone you have already met in person or someone you look up to online. They should be those startup founders who are truly inspiring and motivate other entrepreneurs around the world.

Social media is a great way to keep up with what's going on in the startup scene, connect with other founders and stay motivated. Startup founders are all over social media sharing their thoughts about entrepreneurship and running a business.

If you're not following them already then, it's about time you click their name and give them a follow!

How to Hire Employees in Mexico: Costs and Checklist 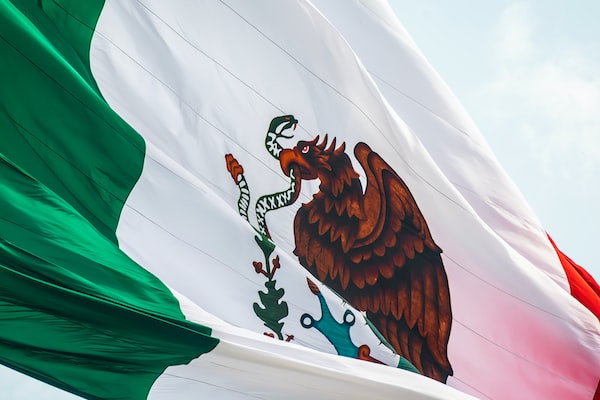 How to Hire Employees in Costa Rica: Costs and Checklist 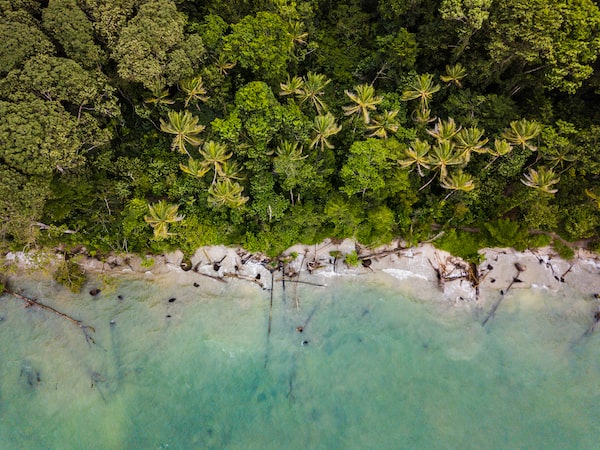 How to Hire Employees in Colombia: Costs and Checklist 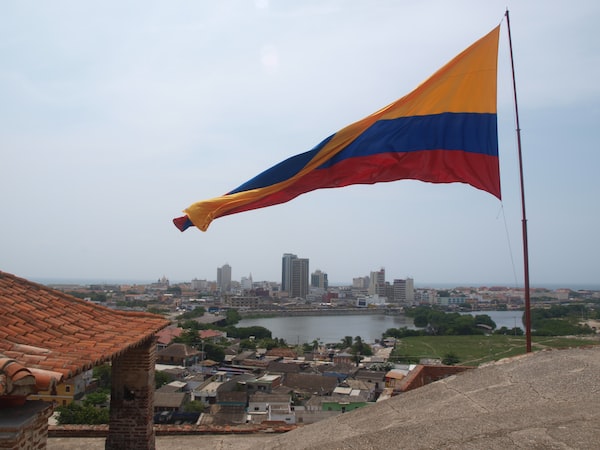 How to Hire Employees in Argentina: Costs and Checklist 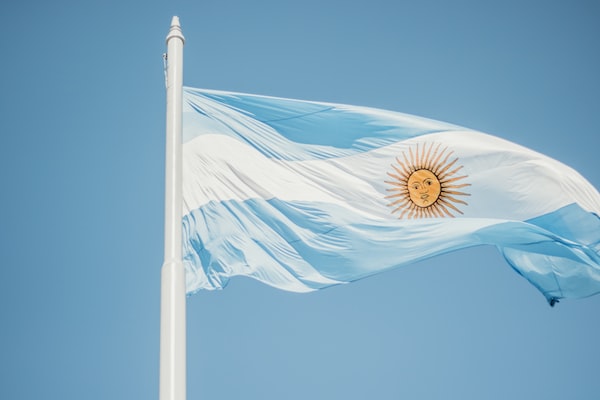