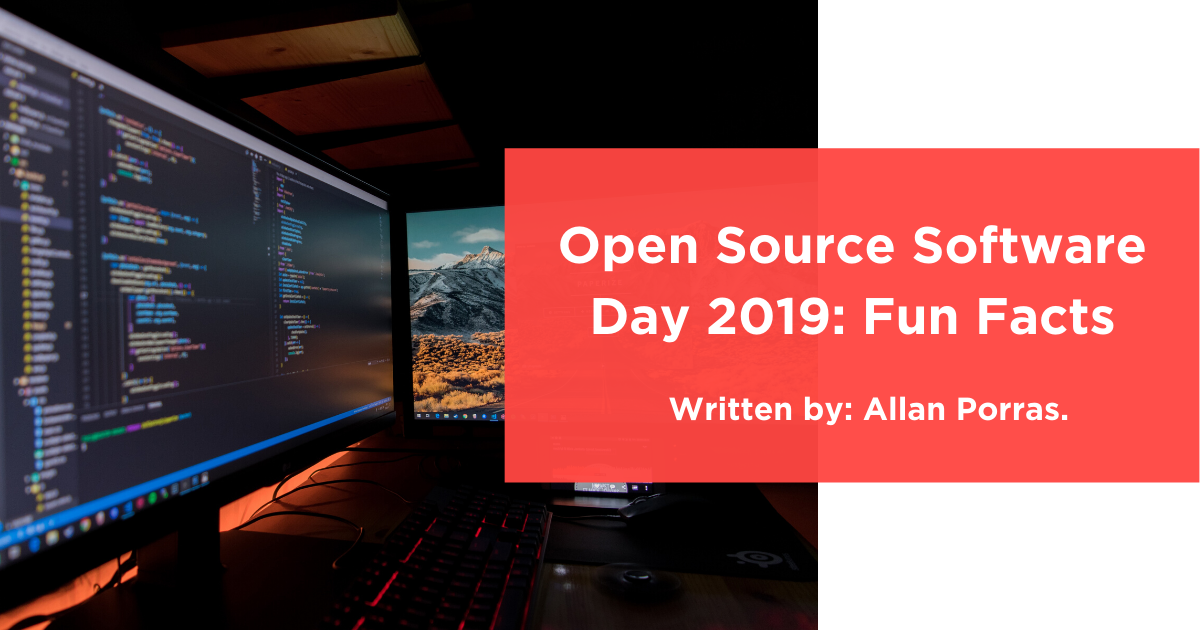 September 21st we will celebrate Software Freedom Day is an annual worldwide celebration of Free Software. SFD is a public education effort with the aim of increasing awareness of Free Software and its virtues, and encouraging its use.

Software Freedom Day was established in 2004 and was first observed on 28 August of that year. About 12 teams participated in the first Software Freedom Day. Since that time it has grown in popularity and every year we have more than 300 events organized by over 100 cities from the world.

Principal propose of this date is known more about advantages of open source software and how can benefit us in different areas as education, fintech, health tech, etc. People use open source software to share information to people and based in these ideas emerging technologies as Blockchain can have a lot of participation in Open Source Systems.

What is Open Source Software?

Open Source  means any computer program whose source code can be studied, copied, modified, improved and redistributed at no cost. In much simpler words, free software is a program that can be altered and shared, without the need of having the permission of its creator, therefore not causing legal problems, if copied, altered or distributed.

Most famous free software examples and people maybe do not know:

P2P program (peer to peer), which allows you to search and download any type of information through different sources or users.

A program designed for the educational area, since it allows you to create learning spaces where you can upload different types of content and conduct online assessments. Gimp: Image editing program. Free and free. Distributed under the GNU license.

The number 1 program to create blogs, websites and online stores, without having knowledge of programming, thanks to the acquisition of templates and plugins.

C ++ code editing program and also for writing notes that can be easily read on any computer. Audacity: Program for editing and processing audio files, from different sources or files.

Principal advantage to share an Open Source Software is share a knowledge and technology with people worldwide, usually programmers design and develop this software thinking to solve a common problem and offer copyright that usually companies try to protect.

In the world of programming, many programs must pass a beta phase, which refers to a live test of the product to detect failures. Free software when delivering the source code, allows these tests or adaptations to be carried out jointly by all the members of the group that makes use of said program, which not only expands their development possibilities, but also guarantees the improvements needed to keep pace with technological advances and market needs.

As we have already mentioned, free software does not have copyright, but it does have certain clauses created by the developer community that must be respected when changing or distributing the program.

Open Source Software can share information in real time with help of cloud storage or Big Data, programmers and companies are improving efforts to share information with users worldwide, universities and e-learning platform are using open source software to connect teachers and student. Governments around world are using Open Source Software to interconnect banking systems with a Central Bank data.

Fact #1: The first instance of open source sharing wasn’t related to software at all!

The first instance of open source sharing dates back to even before the first computer was developed. In 1911, revolutionary automaker Henry Ford was instrumental in launching the Motor Vehicle Manufacturers Association. This association launched an open source initiative that witnessed major US auto manufacturers sharing technology patents openly without seeking any monetary benefits in return.

Fact #2: The first open source software is not Linux but the A-2 system.

Many people widely believe that Linux is the world’s first open source software. But this honor goes to the A-2 system that was developed for the UNIVAC compiler in 1953. Users were given access to the source code for the A-2 system and invited to share improvements and feedback.

The term “Open Source” was formally introduced during Navigator’s source code release in 1998. Over the next couple of days, the term was promoted heavily. Linus Torvalds – the entrepreneur behind Linux – gave his approval to the term the following week. And it has been popularly in use ever since!