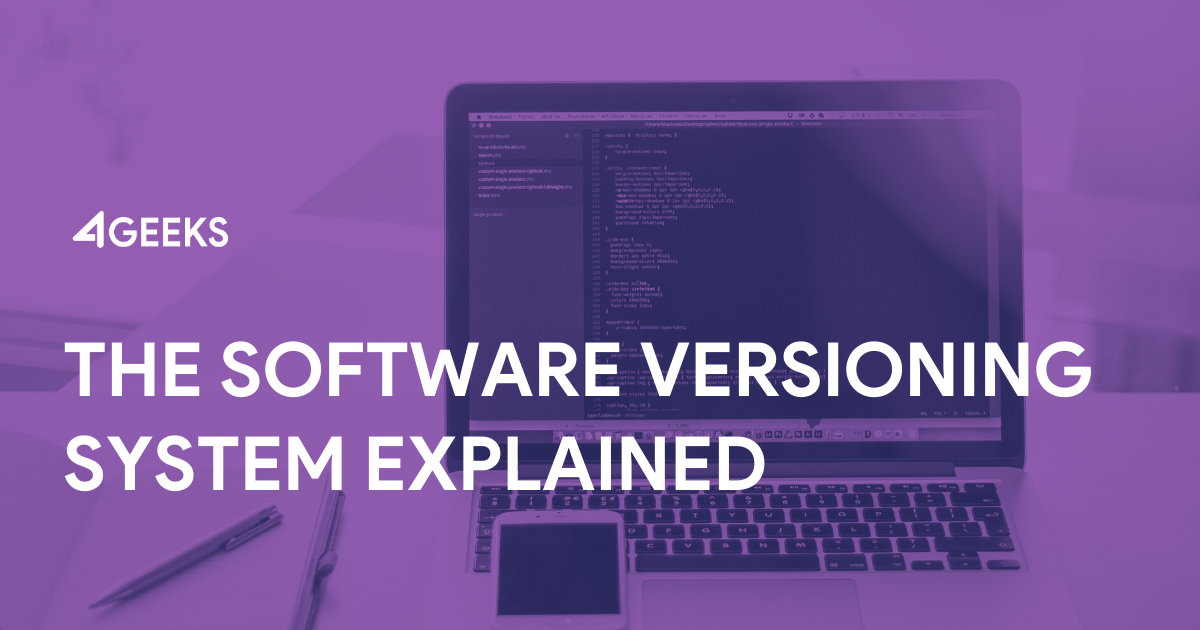 Software versioning is the process of numbering different releases of a particular software program for both internal use and release designation. It allows programmers to know when changes have been made and track changes enforced in the software.

At the same time, it enables potential customers to be acquainted with new releases and recognize the updated versions.

How to version my Software?

Best practices for versioning my software

It is common for some users of software to ignore how to interpret the sequence of numbers and letters that we usually call version and from there lose all associated information.

It may actually be difficult to understand a software versioning scheme, as there is no one-size-fits-all model. On the contrary, there are multiple versioning schemes with different precepts and characteristics.

Switching away from software version numbers to years seems like one of the wisest decisions.

Who should care about software version numbers?

As a software consumer, the two most important things to understand when reading software version numbers are:

There are numerous variations to think of how you can version your software. Which variation you choose is not so important as long as you keep the following aspects in mind:

There are quite a lot of different types of versioning schemes:

Version by number: Something common is to handle versions using 3 numbers: X.Y.Z and each one indicates a different thing.

Version by stability: In addition to having versions by numbers, we can add a classification for project stability.

The options we have for this are: Alpha, Beta. Alpha: is an unstable version that is very likely to have many options to improve. Beta: a more stable version than Alpha in which we have the product in its entirety. Patch Version: In the case of patches we can add a digit to indicate the patch: X.Y.Z.Patch

Version by date: We would need to know exactly the date the software was published.

Software versioning is a simple way of how to give a “name” to a unique part of the software. With just a few numbers, you can convey a lot of information about your project’s developmental progress, let users know when there are new important updates, and generally keep things organized. No matter what scheme you decide to use it will be ok as long as it is comprehensible for developers, testers and users.

Also for the QA area is easy when working with continuous integration due to the easy of download the build to test and send it and approve it.